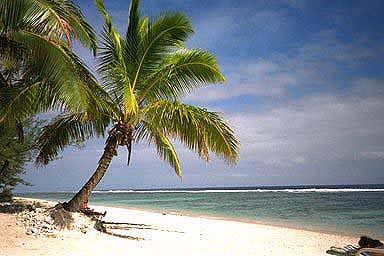 the colloquial language of the island of Bali in Indonesia...

Balinese is the native language of the people of Bali, a relatively small island of 3 million people in the lesser Sunda island chain in the southern portion of the Indonesian archipelago and one of the many island cultures that comprise the present nation of Indonesia. It has been said that there are at least 1200 languages spoken in Indonesia and the official language is now Bahasa Indonesia (often shortened to Bahasa, which means "language"), a lingua franca for communication between modern Indonesians. Bahasa Indonesia is an easy language to learn and pronounce, with a simple and efficient structure (leaving out verb conjugations and tenses) and straightforward pronunciation. Almost everyone on Bali speaks Bahasa Indonesia in addition to Balinese and many speak a little English as well. The island is one of the most visited by tourists and historically has been a focus of interest by Westerners because of the natural beauty of the island and the exceptional friendliness and openness of the Balinese people.

The Balinese language, in contrast, has unusual sounds, like words that start with ng, which Westerners find particularly difficult to pronounce correctly. Although Balinese also dispenses with verb conjugations and tenses, it does have a variety of social distinctions based on a form of caste system inherited from India in the distant past. As a result there are often several ways of saying the same thing, depending with whom you are speaking. Fortunately the most different form, almost a different language, is used when speaking with high caste individuals or priests, and therefore plays little role in daily communication with foreigners. That still leaves formal language and familiar language, not too different from the french vous and tu, but applying to many words, not just pronouns. Even more, when one includes the colloquialisms used every day by Balinese, there can be a bewildering variety of words for the same thing. An additional complication is that pronunciations can vary from region to region, although most Balinese recognize the accents from other parts of Bali.

So why learn Balinese when everyone on Bali speaks Bahasa Indonesia (BI)? Well, I have never been in a place where people are more overjoyed by your attempt to speak their language than in Bali. Why? Perhaps because their language is under pressure from Bahasa Indonesian, perhaps also because they are an exceptionally exuberant and friendly culture anyway, and also maybe because the language can be difficult to pronounce and as a result they never hear Westerners speaking it. For whatever reason, trying to speak colloquial Balinese always astonished people on Bali and resulted in immediate smiles and warmth (and lower prices and lots of help in speaking and learning and whatever else one was trying to accomplish). I can guarantee it is quite an astounding experience, nothing like the response one gets to their basic Spanish or rudimentary French in other parts of the world.

Much of the problem in pronunciation by Westerners is, simply enough, a result of the Westernization of the spelling-out of the native word. Balinese words as written (with Indonesian-type vowels) would be sounded out by a Westerner in a way that no Balinese could understand.

I shall spell out words so that they sound as they do in Balinese, so one can read them phonetically and actually speak the language. The traditional spelling of foreign words in guide books creates new and unintelligible languages spoken only by hapless tourists (perhaps in a futile effort to replace those unfortunate local dialects going extinct on a daily basis in remote areas of the world).

I write the word out phonetically as English words- and, if that is not possible, as segments in bold of English words, so anyone should be able to pronounce them with a little practice (so "bay" like baby or "beast" like bee-sting or "bubble" like bus-billabong). Make sure the non-bold portions (colored magenta) are not pronounced, so surf sounds like "sir" without the "r" sound at the end (like on the BBC).

PRONOUNS (there are many variants)

I, me (very familiar or low rank)= chi-young

I, me (for a grown-up, not a kid or low-life or really close pal)= tea-young; you (basic, without caste or gender)= goose

You (male, familiar, equal or a bit older, like bro' in ebonics, means older brother)= bleep

He, him, she, her, they, them= urine (or your, in a sorta Southern US accent)

To make things confusing, Balinese like to just name their kids by the birth-order, forget real names! something like "junior" in our culture but more complex. They go through fourth-born, and then just start again at first.... So everyone shares names, and don't shout someone's name in a public place, because there will be ten of them...

you'll hear these all over the place.

Where are you going? (also a greeting, like "Hello")= le (as in French)-car-key-judge

Answer all of these with just the suffix, i.e. buggy! or with "same to you"= summer-summer (BI) or the correct Balinese putt-oogh (like in Dutch, a hard throat-clearing ggghhh)

"I don't have any money"= sing-lump-pest

"You are very pretty..." (something of a come-on)= ee-lord gym-gecko guttee

refer to white people/Westerners as boo-lay

I promise you! Would I kid you?= tea-young midge cajun-jesus

No problem! Don't worry about it, "no worries, mate" (Australian)= sing-ken-ken or sing-mogrify-reebok

try to use only among "the guys"

and, to be nasty, like "you bitch!"= nuss-kill-leng-chi (note that the dick word is in there- hmmmm.. don't know how that translates..)

Note that time has a different set of numbers (see below)- sometimes similar, sometimes not....

(for money only) saying "thousands (for rupiah)"- is adding tully after the number, i.e. eleven thousand is saw-lusty tully

Now for the bad news: the numbers used with time are not the same as regular numbers- many are converted to an ing suffix, some are completely different (like one), but some stay the same......

What time?= jumble coo-dull (or "hour, how much?"); eleven o'clock PM= saw-lusty putt-oong (or "eleven night")

How many times?= same, but the answer is ping nimrod "time, six"; never=tie-yen; always=say-yee

today (immediate, like now)= a (like above) Johnny; later= near-(like saying "near" in a Boston accent) noon; already= surf-dirt

after, or in (the future)= bin; tomorrow= money; day after tomorrow= bin-pee-wonderful; the rest are bin-(number, units)

like= demon; want= moody; (and this is the hard one...) speak/talk/say= running-awe-maw-ing (ngomong)

to order (in a restaurant)= allay; what would you like to order?= upper allay? don't have (something)=sing-udder (something)

Return to top of page